Sikhs and Kashmiris Unite In London for Freedom. 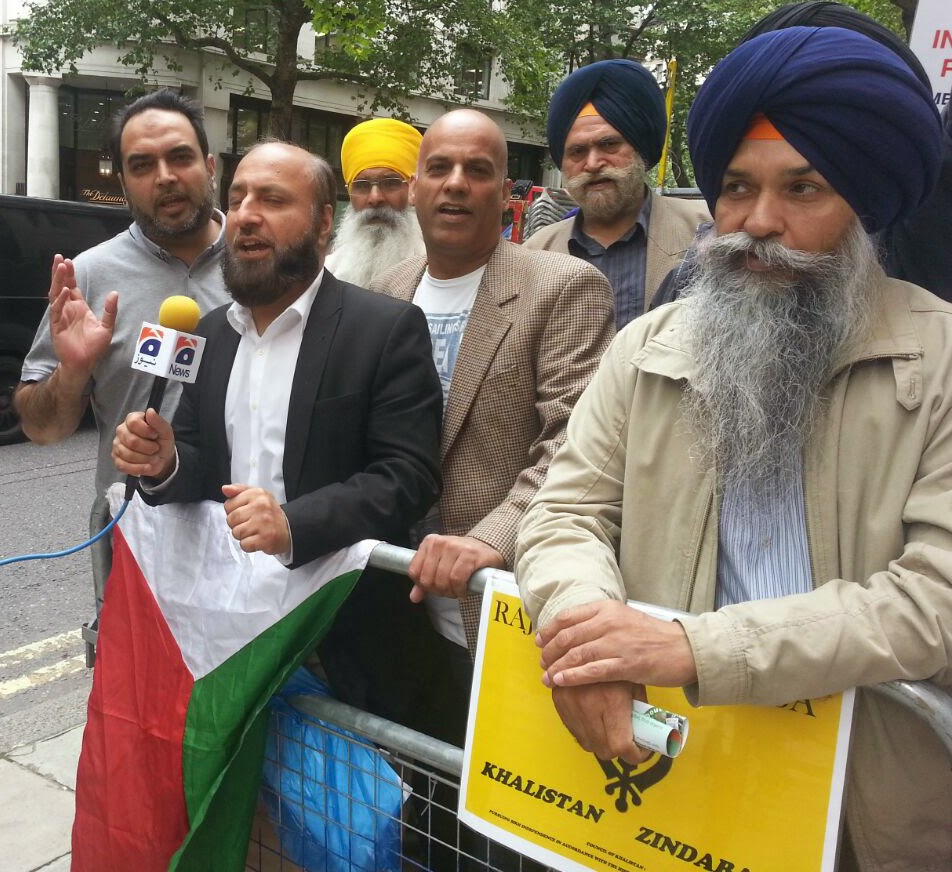 (): Representing a common front against Indian imperialism, Sikhs and Kashmiris hold a joint protest in on ’s Independence Day.

The protestors re-affirmed their unshakeable commitment to secure freedom for their respective nations and called on the international community to help end the illegal occupation of their homelands from .

JKLF delegation was led by Zonal Senior Vice President Mahmood Hussain. While addrsssing the gathering he said that while millions of Indians from last 66 years are celebrating this day as their Independence day with  great enthusiasm but  at the same time Kashmiri nation has been equally for all these years observing this day as a Black Day. Mahmood Hussain said that on this day we want to remind the Indian leadership of the pledges made to the people of and reiterate our demand of right to self-determination. 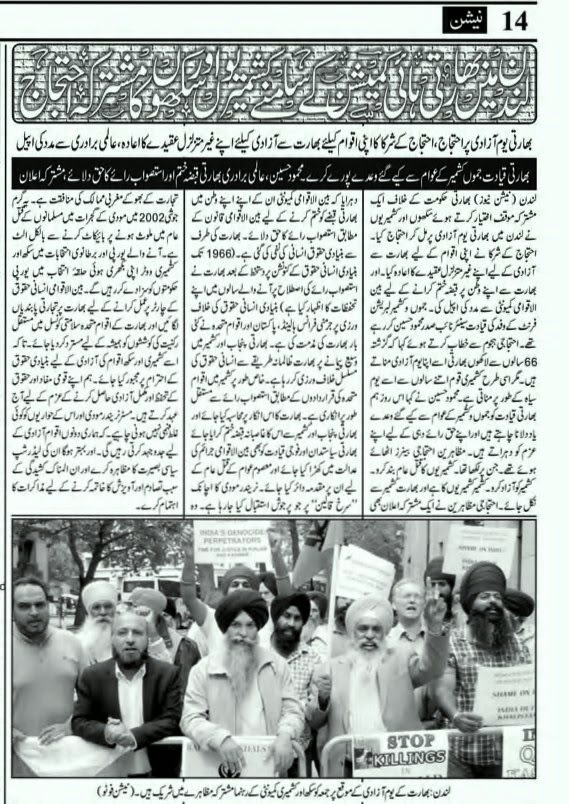