Press Release
( - )
JKLF London Branch held a Reception for Mr Tanveer Chaudhry, (Senior JKLF Leader from ) who was on a brief visit to . During the Meeting with JKLF colleagues, Discussion took place on many organizational Matters and current situation in Jammu Kashmir were thoroughly discussed.

Speaking on this occasion, Tanveer Chaudhry said that JKLF will continue its peaceful struggle for re-unification and complete independence of Jammu Kashmir state. He said that unity of JKLF had a major impact on the current movement. He congratulated all zones of JKLF for conducting the landmark successful Zonal elections in all parts of divided Jammu Kashmir and abroad.

Senior Vice President of JKLF in Britain, Cllr. Mahmood Hussain said, that JKLF the pioneers of the popular people’s movement, has the grass root support of the common people behind them, throughout the Jammu Kashmir  state, as well as the Kashmiri expatriates living throughout the world. JKLF will continue its efforts for a peaceful solution to this long outstanding issue, according to the wishes and aspirations of Kashmiri people. He said that for peace and security to prevail in the region, issue of must be resolved. 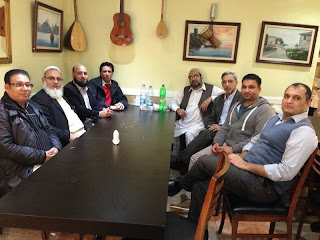 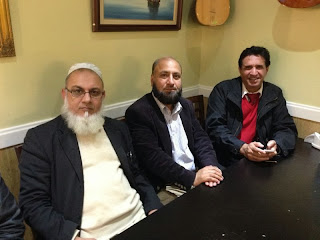