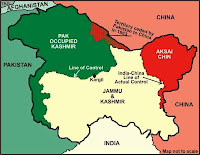 The London Branch of Jammu Kashmir Liberation Front (JKLF) has denounced the plans by Indian Army to build a big wall on the Line of Control (LoC) (similar to  one Israeli's have built dividing the Palestinians) and demanded immediate end to such ‘vicious plan’ designed to permanently divide the Jammu Kashmir state.

The condemnation came at a meeting held in  in which the latest developments on  issue were thoroughly discussed.

The participants termed Jammu Kashmir as an indivisible entity and pledged all out efforts would be made to protect the political as well as the geographical integrity of the erstwhile state of . They said that the proposed ‘Wall’ on the Line of Control (LoC) would meet the similar fate that the Berlin Wall had met in .

The participants also urged the United Nations for necessary action on the matter as Jammu Kashmir is still as disputed in its agenda. This is a final wake up call for the entire Kashmiri Nation, weather living in or abroad, to come out, unite and protest vociferously against the proposal of ’s Apartheid Wall.

Seminar in House of Lords by “Nations Without States"

JKLF delegation participated in the Seminar titled “Denial of Self-Determination & Human Rights to Small Nations in Commonwealth States” held in House of Lords organised by “Nations Without States”. The purpose of the seminar was to highlight the plight of oppressed nations within Commonwealth & was attended by many representatives of organisations struggling for their right of self-determination.

While speaking on the Kashmir issue at this occasion, JKLF London Branch President Mahmood Faiz who represents Kashmir on “Nations Without States” board said that Jammu Kashmir State has been kept under occupation since last over 6 decades despite many promises by the founders of both India and Pakistan. Jammu Kashmir was a sovereign state at the time British Raj ended in sub-continent but was shortly occupied by the neighbouring countries. Mahmood Faiz said that situation in Indian Occupied part of Jammu Kashmir is very grim where Indian Army is using all methods to suppress the poplar voice of freedom. He said that rape and arson are being used by the Indian armed forces as a method of oppression. Mahmmod Faiz said that India Army has absolute power under draconian Armed Force Special Powers Act (AFSPA) which means they are not accountable for any heinous crime they commit.  He further said that “Nations Without States” is a great platform to speak & march together in one united voice until we are free.

Jagdish Singh, founding member of “Nations Without States” during his speech praised the role of JKLF and said that it is the only indigenous movement in the divided struggle for the reunification and complete independence. 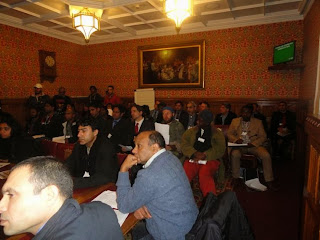 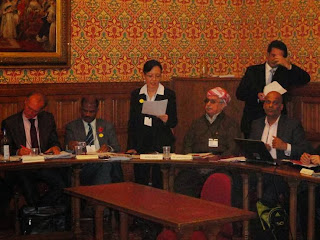 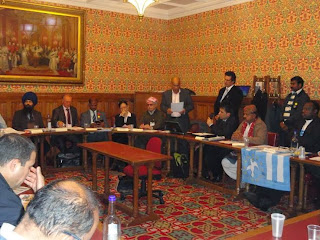 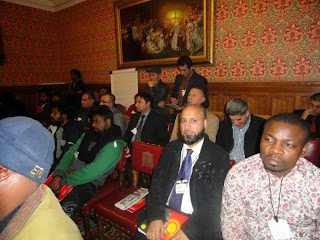 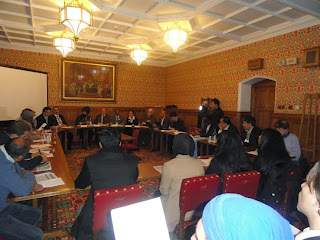 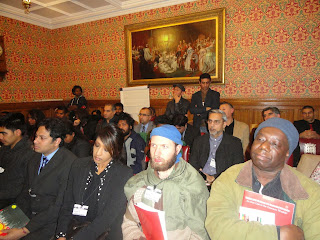