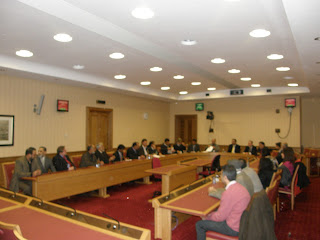 ().
On the 27th Martyrdom anniversary of Maqbool Butt Shaheed, a seminar was held in House of Lords, .

The Seminar was organized by British Zone JKLF and was facilitated by the prominent British peer Lord Nazir Ahmed. British peers and intellectuals who participated in the seminar expressed deep concerns over the human rights situation in .  The speakers and delegates at the seminar overall agreed and said that India and Pakistan should resolve their differences through dialogue but must involve Kashmiris in any kind of dialogue and let the Kashmiris make the final decision. Rich tributes were paid to the founder of the movement Shaheed Maqbool Butt on his 27th martyrdom anniversary.

A unanimous resolution was passed on this occasion asking Indian government to handover mortal remains of Maqbool Butt Shaheed to Kashmiri people for burial in where empty grave awaits his remains.  The speakers demanded that the true representation of Kashmiri people is necessary in the Indo-Pak dialog for the permanent and honorable solution to the issue. It is the people of who must decide their future. The speakers said that the only solution to the issue lies with the people of , their inclusion in talks as the main party of the dispute and restoration of national integrity and glory of the forcibly divided state of Jammu Kashmir.

Lord Nazir Ahmed, Chairman of All Parties Parliamentary Group of Kashmir (APPG) condemned the human rights violations in . He also condemned the silence of world media regarding . He said uprising in Tujisia and got headlines in world media but in over 125 innocent people were killed and world media remained silent. Lord Ahmed paid glowing tributes to Maqbool Butt Shaheed and called his sacrifice as the soul of the current freedom struggle.

Prof Zafar Khan, head of JKLF diplomatic committee on this occasion also paid rich tribute to the supreme sacrifice of Maqbool Butt Shaheed and said that the marking of his martyrdom anniversary is a reaffirmation of the political struggle which he and Mr. Amanullah Khan began over 50 years ago. Greatest tribute to leaders sacrifice would be to continue to this struggle for a just equitable solution of the issue. He pointed out that human rights violation are continuing in Kashmir over the years and hundreds of unmarked graves have been found by different charities but international community remains silent on this issue.

President of JKLF in UK Cllr Mahmood Hussain thanked the gathering for attending the seminar and extending their support and encouragement. Mr Hussain also thanked Lord Nazir Ahmed for organizing this seminar over last 4 years and commended his efforts to raise the issue in international forums. 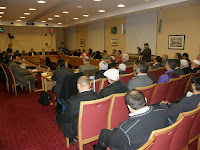 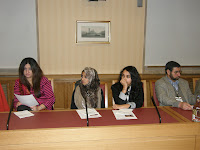 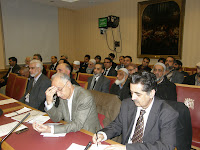 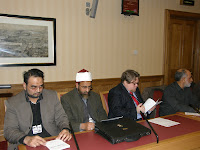 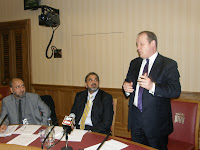 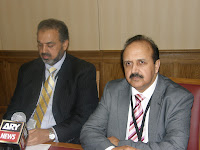 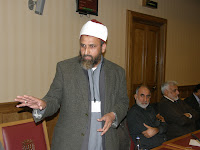 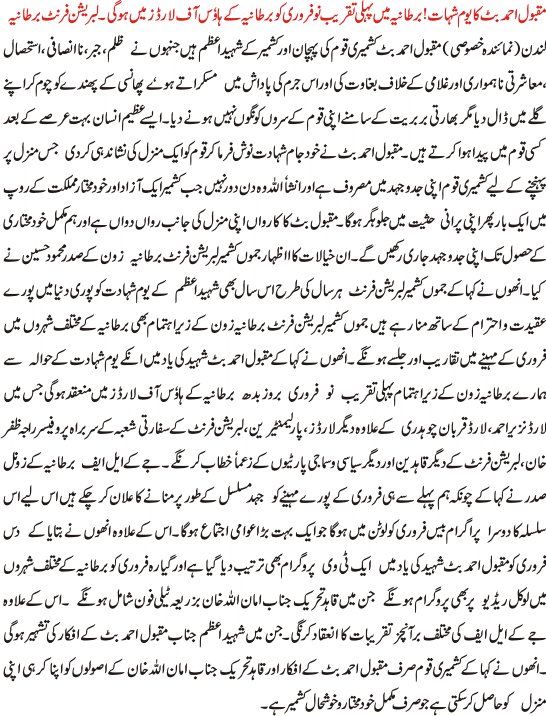