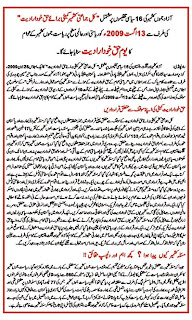 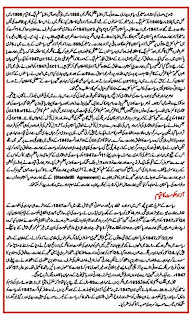 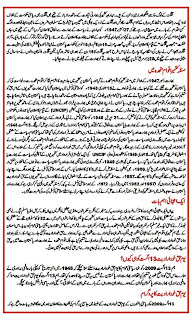 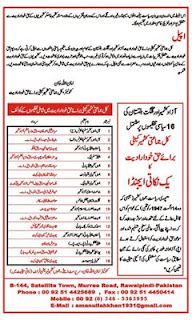 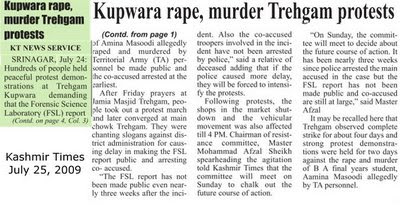 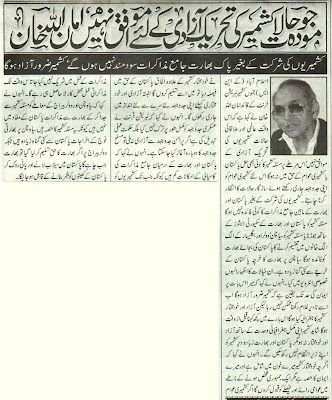 An Appeal to World Conscience

Kashmiri PeoplesInherent, internationally recognized and pledged but now being denied
Right of Self-Determination

An Appeal to World Conscience
From: All Parties Committee for Kashmiri Peoples Right of Self-Determination

The One Point Agenda of All Parties Committee for Kashmir Peoples Right of Self-Determination “To struggle unitedly and effectively, to enable the people of entire as it was on to exercise their inherent,internationally recognized and pledged right to determine the future status of the State in full accordance with their freely expressed will”.
To download this document, please click here (pdf file) 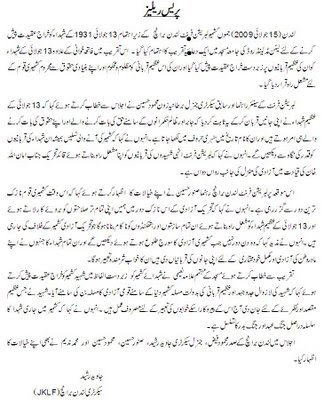 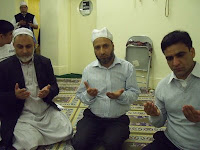 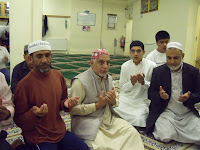 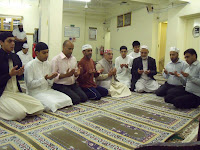 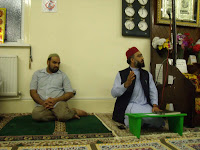 TRC calls off strike, threatens of mass protests if justice not done

Trehgam, July 14: Trehgam Resistance Committee on Monday said that there will be no strikes from Tuesday (14th July) onwards and appealed people of Kupwara to resume their normal life.

A big procession of around five thousand people was taken out on Monday from Trehgam to Doolipora graveyard where people in large numbers offered Fateh Khawani and prayed for the bereaved soul. The procession was addressed by senior leader of JKLF and chairman of Trehgam Resistance committee SM Afzal, MLC of Panthers Party Rafiq Shah, Dr Hafizullah Pir, District Bar President Bashir Ahmed Dar and Senior Academic Sikandar Malik.


Addressing the people, the local Resistance Committee formed to spearhead the campaign seeking justice for Shaheed Aamina made it clear that people of the area will resist hard if government tried to washout the facts. They said that one of the culprits was arrested from TR160 Battalion of Indian forces based in Trehgam, his identity card and mobile phone were also recovered from the room where body of Shaheed Amina was later found. They said that the house of Shaheed Amina Masoodi was cordoned off by armed forces during the time of the incident.


The Committee demanded immediate withdrawal of armed forces from the area and arrest of other troopers who were accompanying the trooper on the night Shaheed Aamina was martyred. The committee also demanded the details of the medical report which was yet to be made public. The Resistance Committee warned of huge protests if the authorities failed to take necessary actions against the troopers.

Demonstration in London against detention of Shabir Ahmed Shah

A demonstration was organised by Kashmiri parties in in front of Indian High Commission London on against the continued detention of Shabir Ahmed Shah by Indian authorities since August 2008.

This demonstration was a part "Shabir Shah Release Campaign" launched by Kashmiri parties in Diaspora. This demonstration will be followed by meetings with British Foreign & Commonwealth office and human rights groups of all national mainstream parties of . Parliamentarians will also be approached and the matter of illegal detention will also be raised in the Houses of Parliament. All international human rights organizations including Amnesty International, Human Rights Watch, International Federation of Human Rights and UNCHR, will also be contacted. 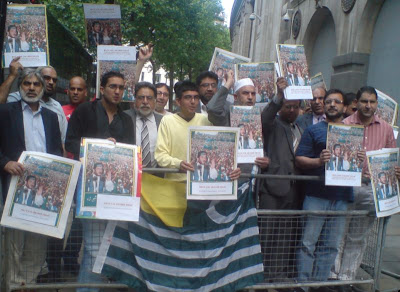 (, ) Liberation Front - JKLF has demanded the immediate and unconditional release of veteran Kashmiri leader Shabir Ahmed Shah. He has been illegally incarcerated by Indian authorities since August 2008.

In a statement issued from , head of JKLF diplomatic committee Prof. Zafar Khan has said that sacrifices rendered by Shabir Ahmed Shah are enormous and he has stood firm to his commitments despite all odds. He said that this illegal imprisonment was not new to him and such kind of tactics by Indian government can not demoralize the Kashmiri people.

Zafar Khan said that JKLF fully supports “Shabbir Shah Release Committee” formed in . He said JKLF will support all the measures adopted by the committee in order to secure the release of Shabbir Shah from Indian prison. Zafar Khan further said that JKLF will attend in large numbers in the demonstration in against the arrest of Shabbir Ahmed Shah. He called on the Indian government to release all political prisoners in including Shabbir Ahmed Shah and start a meaningful dialogue for the resolution of issue.

Zafar Khan also condemned the molestation and subsequent killing of a Kashmiri girl in Trehgam. He welcomed the formation of a “Trehgam Resistance Committee” by the local people headed by Senior Vice Chairman of JKLF, Sheikh Mohammed Afzal. He offered full support to the committee in order to bring the culprits of this heinous crime to justice.

Amina Masoodi was abducted, molested and killed by the TR160 Battalion of Indian regular Army based in Trehgam. As the word about the incident spread in the area, people took to streets and raised high-pitched anti-India and pro-liberation slogans.

The local people of Trehgam and adjourning villages have made a committee called “Trehgam Resistance Committee” followed by a meeting of notables of the area. The committee is being lead by Senior Vice Chairman of JKLF S M Afzal.

Addressing the people on Friday prayers in Jamia Masjid Trehgam, Sheikh Mohammed Afzal said that this incident in Trehgam came amid discontent all across Kashmir about the rape, molestation and murder of two Kashmiri women in Shopian, where complete shutdown continued for the 40th day, today. He said this incident occurred after several complaints about TR160 Battalion of Indian regular Army by the local people to district magistrate few weeks before. S M Afzal said that local government of National Conference was also aware of the shameful activities of TR160 Battalion of Indian regular Army.

S M Afzal said that the cases of molestation of Kashmiri women in occupied territory have increased considerably in recent times. He called upon the international community to ensure safety and dignity of people of Kashmir. S M Afzal further said that such oppressive and cruel measures will not dampen the struggle for right to self determination and national dignity by the people.

A Duty to our Martyrs

Month of July holds a special place in the hearts and minds of people of Jammu Kashmir. On twenty two unarmed peaceful protesters were gunned down by Maharaja Hari Singh’s police out side jail while demanding release of Abdul Qadeer, whose only crime was that he dared to condemn the draconian ruler of , the Dogra Maharaja. The present phase of the ongoing freedom struggle in was also begun in July 1988.

In this long and protracted struggle for emancipation and freedom, hundreds of thousands of Kashmiris have perished, and been forced to become refugees in their own as well as neighbouring countries since the 1940s.

A nation which has lost two generations of its youth at the hands of Indian State since 1988 cannot therefore be expected to compromise on the sacred principles of justice, democracy and above all freedom which is yet to be realised through the exercise of its inherent, inalienable and internationally pledged and recognised right to self-determination; which to date unfortunately remains denied to the 15 million inhabitants of the divided Jammu Kashmir state as a whole!

The very ideal and objectives for which Kashmiri people have fought and made tremendous sacrifices, since before, and after the fateful day in July 1931 for national emancipation and deliverance from internal and external tyranny cannot be bartered away for any settlement of Kashmir issue, which is within the present framework of Indian constitution, and one that will continue to maintain the forced division of Jammu Kashmir between India and Pakistan.

Thus we owe it to the memory and sacrifices of the martyrs and future generations of to continue the freedom struggle for reunification and unfettered right to self-determination of 15 million inhabitants of their forcibly divided country. 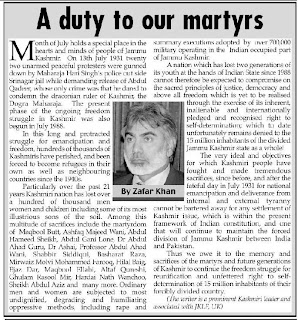 News Agency of Kashmir (6/30/2009 9:47:58 PM )
Press Release/London, June 30 (NAK): Jammu Kashmir Liberation Front –JKLF- has strongly condemned the brutal and unlawful killings of two Kashmiri youth at the hands of India's occupation forces during a peaceful demonstration in Baramulla.
In a statement 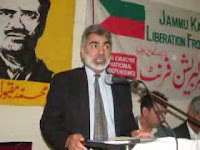 issued from London, Head of the JKLF Diplomatic Committee Prof. Zafar Khan has said that recent incidents in Kashmir clearly show India’s intolerant behaviour towards Kashmiris genuine aspirations of a political settlement of Kashmir dispute. He said that indiscriminate firing on peaceful demonstrators will not make Kashmiris retract from their demand of free and fair plebiscite in Kashmir. He further said that such oppressive and cruel measures will not dampen the struggle for right to self determination and national dignity by the masses.
Zafar Khan said that the cases of molestation of Kashmiri women in occupied territory have increased considerably in recent times. He called upon the international community to ensure safety and dignity of people of Kashmir, especially in view of the attempted rape of Kashmiri women in Baramulla and subsequent brutal killing of two Kashmiri youth at the hands of India's occupation forces.
http://naknews.co.in/newsdet.aspx?21887