JKLF has asked Pakistan to Recognize Kashmiri people right of an Independent State. The function was organized by JKLF Sindh division on the special occasion of Martyrdom Anniversary  of Shaheed Ashfaq Majeed Wani and other martyrs of Hazratbal.

Kupwara, Mar 31: The younger brother of martyr Muhammad Maqbool Bhat was still under detention despite High Court order which quashed his Public Safety Act and granted him bail.
Zahoor Ahmed Bhat, who has been detained at Trehgam police station for days, returned back to valley on February 11 last year on eve of 24th death anniversary of his brother, who was hanged in Tihar.
Police arrested him from his residence at Trehgam.
Zahoor’s family told Greater Kashmir that he has been languishing in police custody without any charge.
“Let them tell us what charges have been framed against our uncle? He has been illegally confined,” said Zahoor’s nephew Parvaiz Ahmed.
Zahoor returned with his wife Aminah and four children Midhat, Noful, Zonoon and Abdullah to Kashmir after 18 years stay in PaK.
His family said that he has been lodged in various jails in the state for past 14 months.
“He was imprisoned and interrogated at Cargo, JIC Humhama for more than a month,” they said, adding PSA was slapped against him on April 21, 2009.
“After the PSA, he was imprisoned at Kotbalwal Jammu where he was confined for nearly 10 months,” they added.
His mother, Shamali Begum, said Zahoor’s PSA was quashed by the High Court on January 25, this year.
“He was released from Kotabalwal jail on February 1 after court order. Before we could receive him, cops whisked him away at the gate. After that he was imprisoned in Jammu for 14 days and was then sent to Kupwara where he is lodged in Trehgam jail without charges,” she said.
According to the family, they approached the civil administration and police in Kupwara but none from the government was cooperating on his release.
Zahoor crossed line of control in 2000.
http://www.greaterkashmir.com/today/full_story.asp?Date=1_4_2010&ItemID=71&cat=18 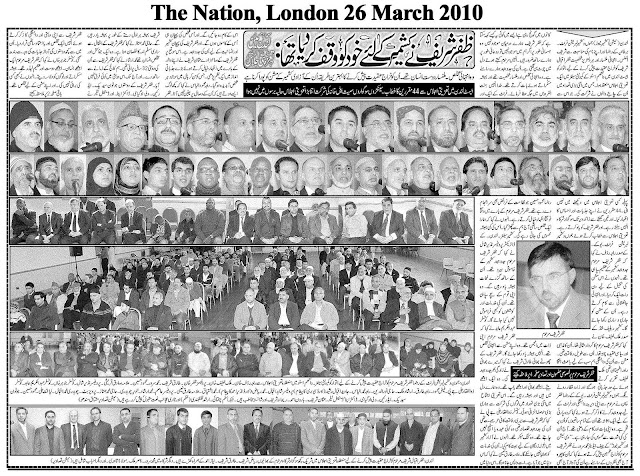 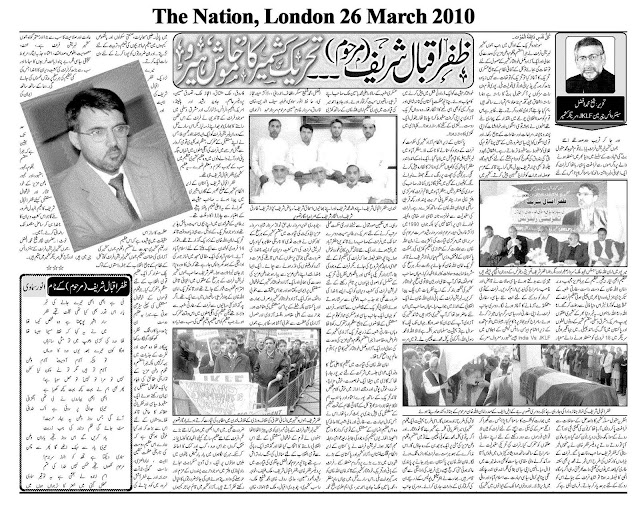 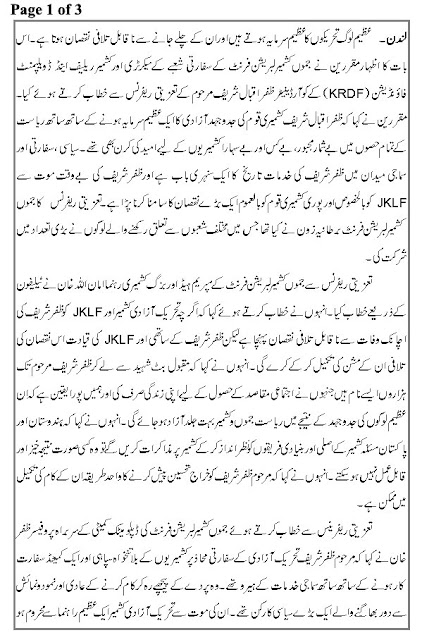 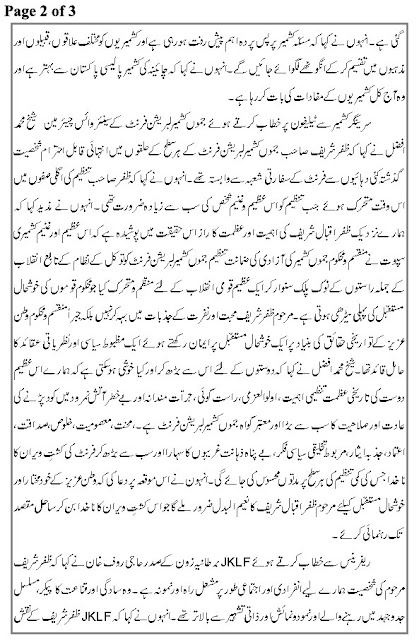 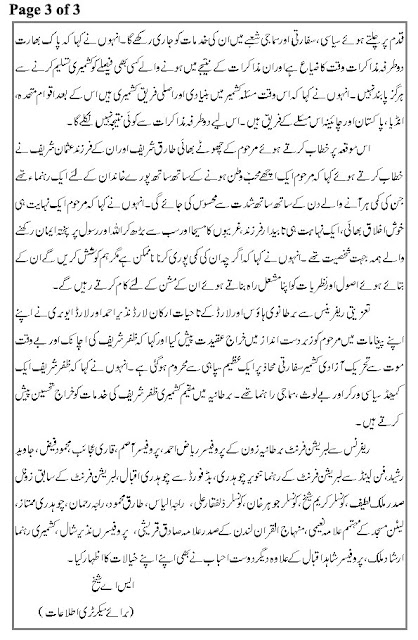 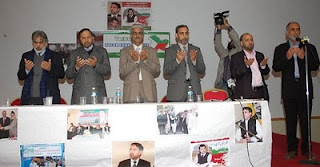 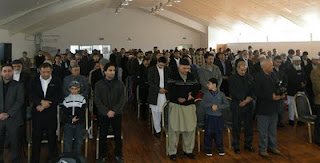 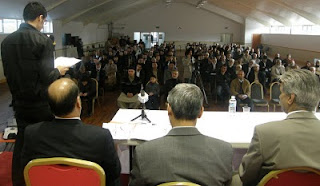 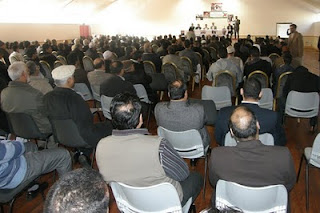 President Jammu Kashmir Liberation Front (Punjab) and senior leader of JKLF Syed Faisal Raza Nazki died today, of Heart attack, in Lahore. Faisal Nazki was very much involved in freedom struggle since 1988 and he always played a leading role in uniting Kashmiris Living in Lahore and Punjab to support the freedom struggle of Kashmiri People for a United and Independent State. His untimely death will create a considerable vacuum in freedom movement of Kashmiri people especially in Punjab division. .
Faisal Nazki was son of Late Pir Saeed Shah Nazki who was a pioneer of Freedom struggle of Kashmiri people and also former president of Mahaz Raiy Shumari (Plebiscite front).
His death is also a great loss for JKLF and JKLF is very much grieved upon his untimely death.
Dr Toqeer Gilani,
Secretary Information 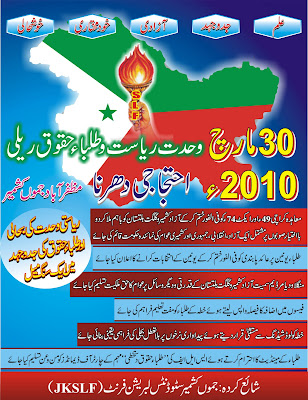 A prominent Urdu weekly newspaper UK TIME has published a special edition on Zafar Iqbal Sharif (Late) and has highlighted his contribution for the Kashmir cause and his charity work he was involved in. You can read it online by visiting the following link. 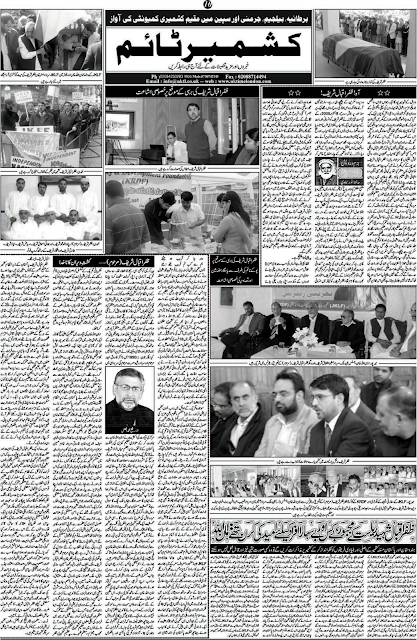 JKLF Sindh Division to Pay Homage to Martyrs of Kashmir


Sindh Division of JKLF will hold a memorial gathering on 28th March 2010 in Karachi to pay homage to Martyrs of March 1990, March 1996 and Zafar Iqbal Sharif (Late). 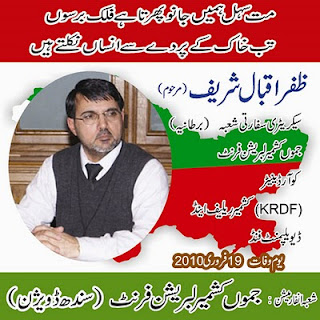 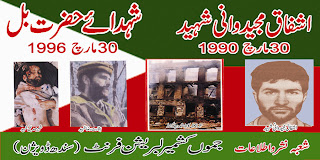 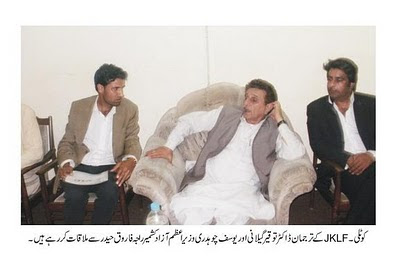 Islamabad: (6 March 2010) Mr. Amanullah khan, Patron-in-Chief of Jammu Kashmir Liberation Front (JKLF) has said that India could never be compelled to enter into a serious and meaningful dialogue to solve Kashmir Issue unless Pakistan adopts a clear, unambiguous Kashmir policy based on equitable, democratic and honorable solution of Kashmir Issue and after making the people of Pakistan and Kashmir agree with it, put it before the international community and international public opinion and obtain their supports to that solution. It should then be put before India who will be pressurized by international community and global public opinion to enter into serious and meaningful parlays with Pakistan and Kashmiri leadership to solve the six decades old problem. Mr. Khan said that India had succeeded in dictating terms because Pakistan’s recent governments had failed to put forward a solution of Kashmir Issue which world opinion would accept as an equitable, democratic and honorable one for all the parties to the Issue. Instead, Pakistan Governments had, on one hand, been assuring Kashmiris that Pakistan fully supported Kashmiris’ right of self-determination, and on the other hand, none of about half a dozen Indo-Pak agreements signed during last about 40 years specially the Summit agreements of 1972, 1999 and 2004, did not even make a mention of Kashmiris’ inherent, internationally recognized and pledged right of self-determination nor have about seventeen million Kashmiris been accepted even as an ordinary party to Kashmir Issue whereas they are it’s principal party. The Islamabad joint Statement of January 2004 goes to the extent of saying that “ Kashmir Issue would be solved in the light of the national interests of India and Pakistan” totally ignoring the interests of most concerned and worst effected party, the people of Jammu Kashmir State. That is why these facts give the clear impression on international level that, Pakistan also, like India, was interested only in her own interests and not in the national interests of Kashmiris. As such it would be foolish in the present circumstances to expect of the international community and the world public opinion to support Pakistan on Kashmir Issue. This point of view was expressed by JKLF Leader in a Statement issued to the press Saturday.
The ideological leader of JKLF said that whereas India had refused to accept UN Security Council’s offer made through it’s unanimous resolution (No. 1172) of June 1998 to help India and Pakistan solve Kashmir Issue subject to approval by both of them, her (Indias) appeal to Saudi Arabia now to mediate on Kashmir Issue was nothing but to befool Saudi Arabia, Pakistan and Kashmiris besides being yet another shrewd attempt to add one more link to the chain of her delaying tactics on Kashmir Issue during last over six decades.
Mr. Amanullah Khan called upon the government of Pakistan, the Foreign Office in particular and the Leaders of political parties and media unions to join heads and, in consultation with Kashmiri Leadership, to evolve a peaceful, equitable, democratic and honorable solution of Kashmir Issue and based on that solution adopt a concrete, aggressive and un-ambiguous Kashmir policy and confront India with that solution and policy in a dignified and effective way to make her accept that solution.
Dr. Toqeer Gilani
Secretary Information JKLF

KASHMIR ISSUE; THE ONLY WIN WIN SOLUTION by Amanullah Khan

Efforts to solve Kashmir Issue have been continuing since the very birth of the problem in 1947 but did not succeed for one reason or the other. About a dozen solutions of the Issue have so far been proposed by different quarters. These solutions include (1) UN supervised plebiscite per resolutions of the UN Security Council and UN Commission on Kashmir (UNCIP) to determine the political and constitutional status of Jammu Kashmir State, accepted by both India and Pakistan. (2) Division of the State per Dixon Plan (3) Division of the State on religious basis (4) Settlement of the Issue through negotiations between the governments of India and Pakistan (5) Joint Control of India and Pakistan on the entire State (6) Complete Independence of the whole State (7) Complete Independence of Kashmir Valley and the rest of the State to go to India and Pakistan (8) Making the present LoC permanent Indo-Pak border (9) Self Rule to all the three regions (10) To give the entire State or part of it under UN Trusteeship for some time followed by a final democratic settlement (11) Demilitarisation of the entire State.
The aforementioned proposed solutions including two (S.No.1 and 4 initially) accepted by both India and Pakistan could not be implemented due to opposition to them by one or the other party to the issue arguing, rightly or wrongly, that they were detrimental to their national interests. None-the-less there surely does exist a way to solve the Issue without hurting the national egos or harming the legitimate interests of , or .
THE ONLY WIN WIN SOLUTION
The solution of problem that does not hurt the national egos or harm the legitimate interests of any of the three parties hence cannot and should not reasonably be rejected by any of them, is that it should be peaceful, equitable, democratic and honourable.
The only solution that fully meets this criterion is to re-unite the divided Kashmir (officially termed as Jammu Kashmir State) in several peaceful phases, bringing it back to the position of August 14-15, 1947, after simultaneous withdrawal from there of all Indian and Pakistani armed and civilian personnel and to make it temporarily though, a fully independent State with a democratic (having a bicameral elected parliament) federal (Kashmir Valley, Jammu, Ladakh, Azad Kashmir and Gilgit Baltistan as its provinces with maximum internal autonomy) and secular system of government and having compulsory friendly relations with all its neighbours, with India and Pakistan in particular, who should undertake not to violate the borders or interfere in the internal affairs of Kashmir and the latter should pledge not to let its territory or airspace to be used against any of her neighbours. In order to make the solution really democratic based, it is a must to subject the matter to the freely expressed will of the people. As such there be a free and fair referendum 15 years after independence, under international auspices in which people of the entire State will determine whether Kashmir should perpetuate its independence, become part of India or of Pakistan or adopt any other course and that fair and democratic verdict of Kashmiri people be accepted by all concerned i.e. India, Pakistan, all Kashmiris and international community, as final settlement of the Issue and implemented.
This is the only solution of ‘imbroglio’ that is not only peaceful, equitable, democratic and honourable, but can surely prove to be permanent too and solve the problem once for all. Let us see how:- READ MORE

JKLF Statement against harrasment of relegious minorities in Kotli 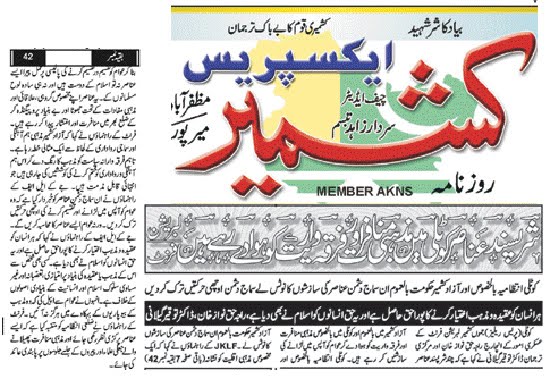 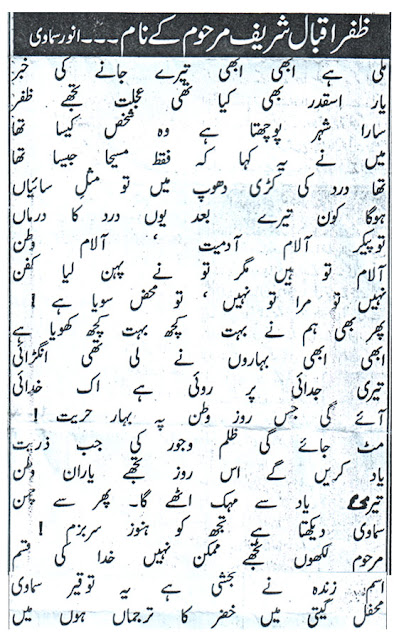 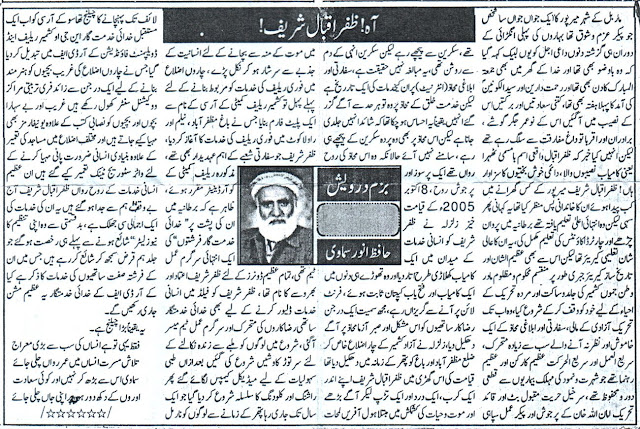