Commonwealth nations must play their role, for an equitable solution of the Jammu Kashmir issue 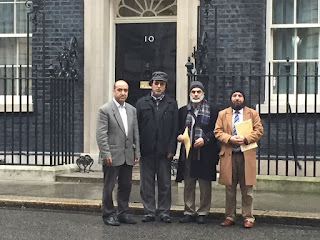 A letter to British Prime Minister Theresa May was also handed over to officials at 10 Downing Street, London. As United Kingdom will host the 25th Commonwealth Heads of Government Meeting in April of 2018, the letter urged to set up a Mediation Panel comprising of commonwealth nations, which would engage with the concerned parties for a solution, that is consistent with the unfettered, and inalienable right of Kashmiris, to determine their political destiny.

The letter was handed over by Zafar Khan, Mahmood Hussain, Sabir Gul and Tariq Sharif.

The copy of the letter is below

London-14 January 2018: Meeting of the JKLF’s Diplomatic Bureau took place at its international secretariat in London, in which various aspects, and dimensions of the Kashmir issue were discussed, and decisions were made and appropriate actions were decided upon. A brief statement of some of the decisions taken, was issued here today, in which the participants  strongly affirmed, and reiterated that the JKLF leadership, will not compromise on the unfettered, and inalienable right to self-determination of 20 million people, across both sides of the ceasefire line. The Bureau also affirmed its strong resolve to extend full diplomatic voice, to the ongoing political struggle of the resistance leadership in Jammu Kashmir.

The statement declared, that the ongoing conflict between India and Pakistan in Kashmir, presents an existential threat to South Asia, as both countries are nuclear powers. The statement called on the international community, to engage with the concerned parties for a peaceful resolution, of the 70 year long conflict. The Bureau’s statement further declared, that the people of Kashmir wish to make their country, a bridge of peace in the sub-continent, and are willing to accommodate, Indian and Pakistani concerns over reunification and independence of Kashmir. The meeting however, noted that Kashmiris do not have partners in their endeavours, for a peaceful resolution of Kashmir’s political status.

The statement in particular, condemned India’s intransigence on the Kashmir issue, and its unprecedented aggression, and militarised violence against peaceful dissent. And called on the United Nations Human Rights Council-UNHRC-, and other humanitarian organisations, to demand an unhindered access to Jammu Kashmir, for an impartial investigation of violations, and excesses against civilians.  In relation to death and destruction caused by exchanges of fire, across the ceasefire line between the Indian and Pakistani forces, the statement called on the UN, to strengthen the role of UNMOGIP across both sides of the ceasefire line, to protect civilian population. It was decided that the Bureau would apprise various organisations, and world leaders, including the UN Secretary General, on the gravity of the prevailing situation, both inside Indian held Kashmir, and across the ceasefire line. 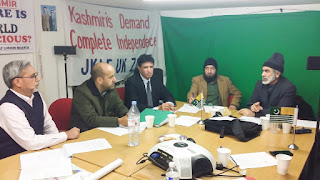 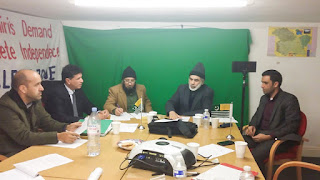 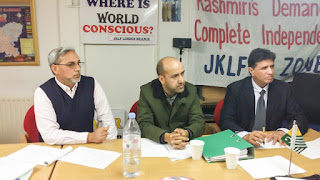