A delegation of the Diplomatic Bureau of Jammu Kashmir Liberation Front (JKLF) made representations to the UK Foreign & Commonwealth Office-FCO on Kashmir issue at a meeting in London. 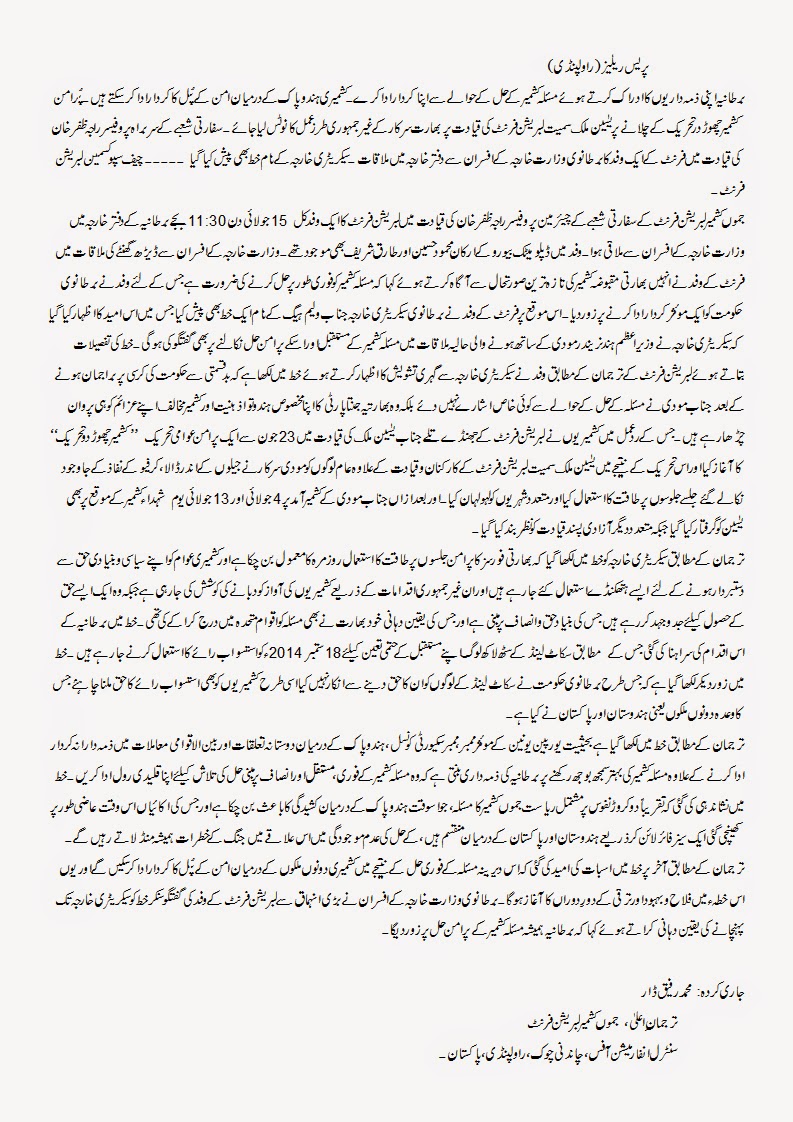 () - The members of JKLF in Britain held an hour long vigil outside the Indian High Commission in London and presented a memorandum to the Indian high commissioner against the harsh and undemocratic treatment meted out to JKLF functionaries in Indian held Kashmir at the launch of the ‘Quit Kashmir’ Campaign.

The memorandum reminded newly elected Prime Minister of India Mr Narendra Modi who will be visiting Indian held Jammu Kashmir on 4 July 2014, that any attempt by his government to further dilute the social, cultural and political character of  Jammu Kashmir will be met with full popular resistance through the Quit Kashmir Campaign both inside and outside Kashmir.

JKLF functionaries in condemned the arrest of over 100 JKLF activists and leaders including Chairman Yasin Malik on the start of the Quit Kashmir Campaign.

On behalf of
Press Secretary