JKLF UK & Europe Zone organized a protest rally in front of Indian High commission in  on to mark the 30th Martyrdom Anniversary of Maqbool Butt Shaheed. Protesters shouted slogans of “Stop Killings in Kashmir”, “Handover remains of Maqbool Butt & Afzal Guru” and in favour of complete independence of Jammu Kashmir. Graham Williamson of Nations Without States also joined the protesters.

A petition signed by over 50 British Parliamentarians was also presented to the officials of the high commission on this occasion. The petition asked the Indian President Pranab Mukherjee to handover the mortal remain of Maqbool Butt Shaheed to his relatives for proper burial.

Maqbool Butt, Kashmir’s most revered leader of the impendence movement and a former ‘prisoner of conscience’,  was imprisoned in Pakistan for his radical views and was  labelled as an ‘enemy agent’ there, but ironically hanged by India on 11 February, 1984, exactly one week before his 46th birthday.  He was executed inside ’s Tihar Jail where he had been imprisoned for 8 years awaiting trial of a politically motivated case against him.

According to Amnesty International Annual Report (1978), who campaigned for his release from prison for many years, he had been sentenced to death for a murder charge under section 3 of the ‘Enemy Agents Ordinance’. In its annual report in 1982, Amnesty International highlighted this case again and stated that “members of political parties have been sentenced to death following conviction for murder”. The death penalty imposed on Maqbool Butt by a Srinagar High Court judge some 14 years earlier in absentia was a cause for concern to AI as there was no apparent appeal for such a sentence under that law. In its 2008 report entitled, ‘Lethal Lottery; Death Penalty in ’, Amnesty International highlighted the missing record of his appeals in the Indian supreme court and expressed concerns that “no court judgements in his case are available”.

The Maqbool Butt story did not end in 1984 with his hanging. Indian authorities refused to hand over his body to his relatives and buried him inside Tihar jail.  A petition in high court seeking permission to remove his remains to his birthplace in Tregham, district Kapwara (J&K) was refused by .

According to ITN news reports thousands of Kashmiris took to the streets of  to protest against Maqbool Butt’s hanging in  in 1984. For the past 28 years JKLF members in  have regularly petitioned Indian government through its mission in  to demand the return of his remains.  Maqbool Butt’s two brothers, Ghulam Nabi Butt and Manzoor Butt were also killed in  in the 1990s but his 3 surviving children still live in  or in Azad Kashmir. With the outbreak of armed movement in J&K in 1988, Maqbool Butt’s grave in Tihar jail became the most revered tomb for Kashmiri prisoners until it was reportedly desecrated by prison authorities a few years ago. For the last 28 years, his death anniversary on 11th February, is commemorated every year on both sides of  when Kashmiri men, women and children take out protest rallies in every town and city demanding that his body should be handed over to his family for Islamic burial in . 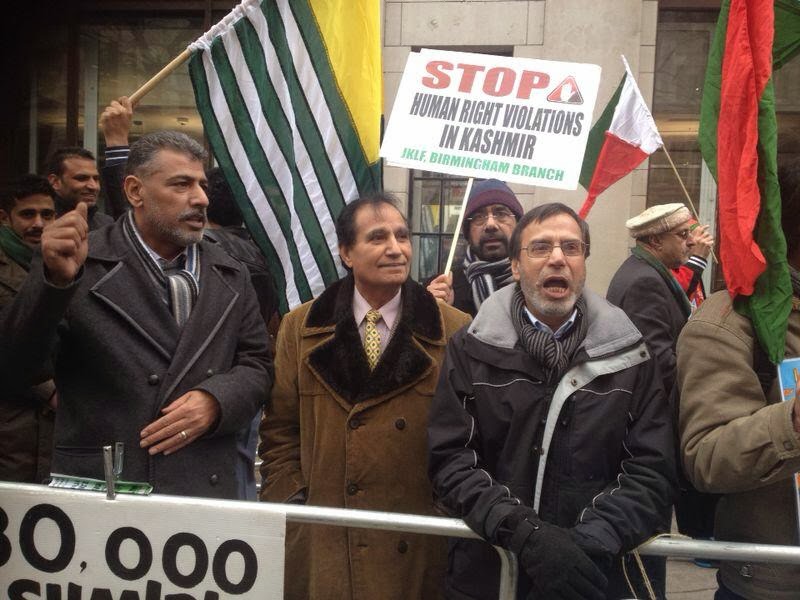 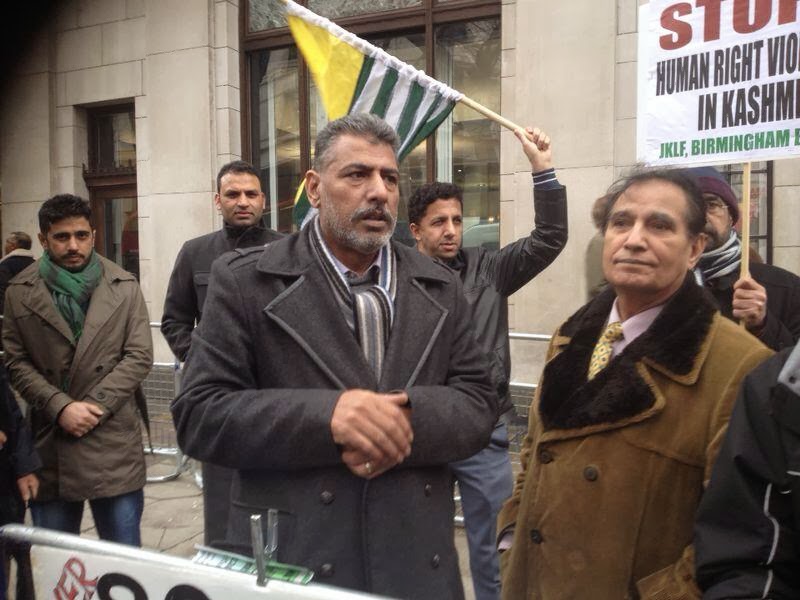 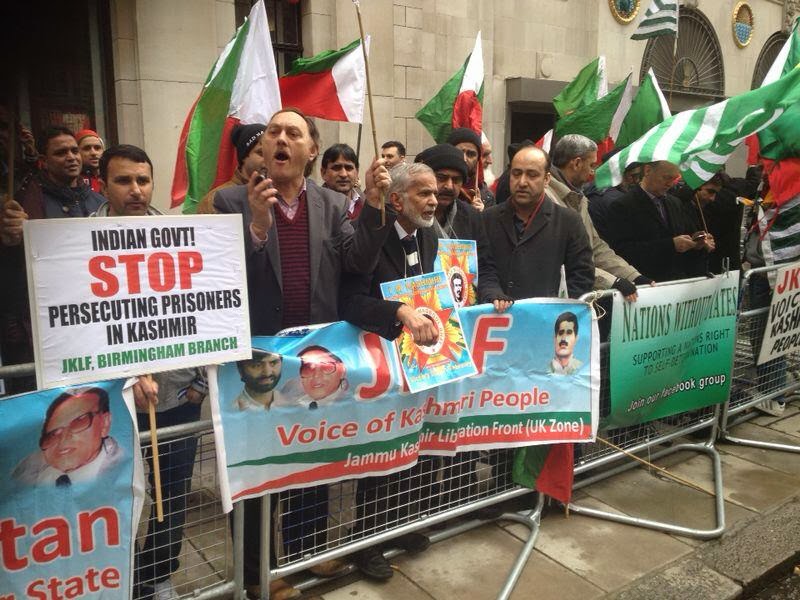 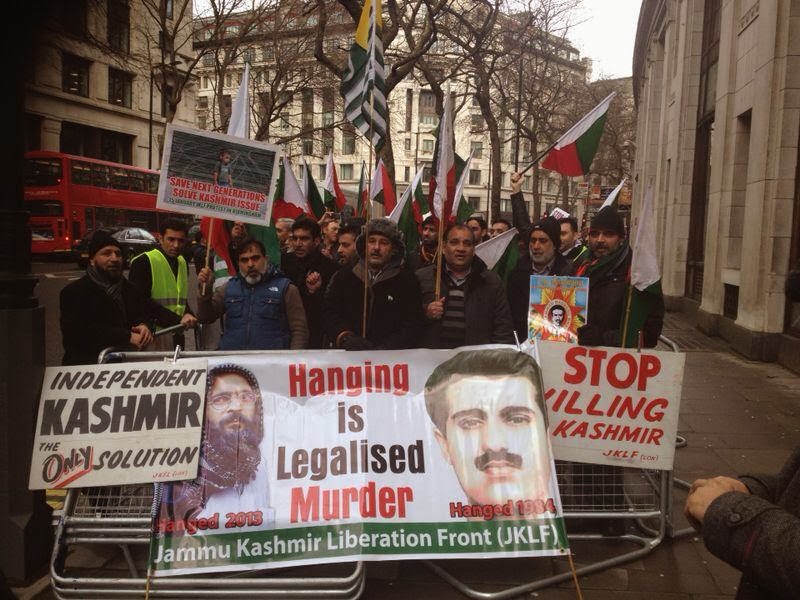 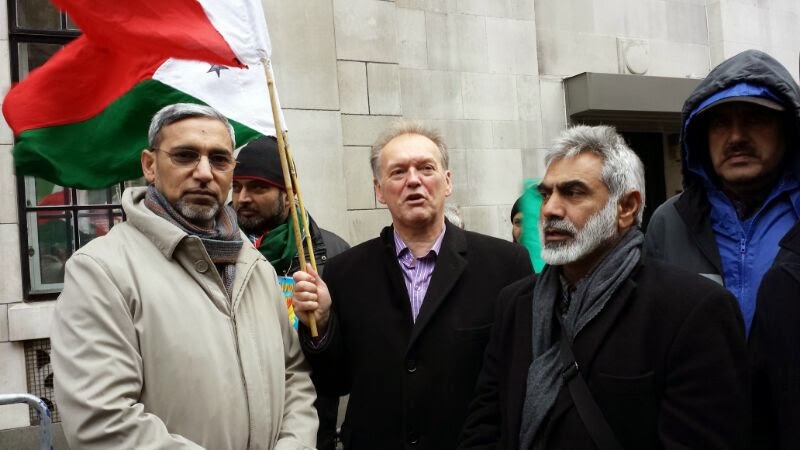 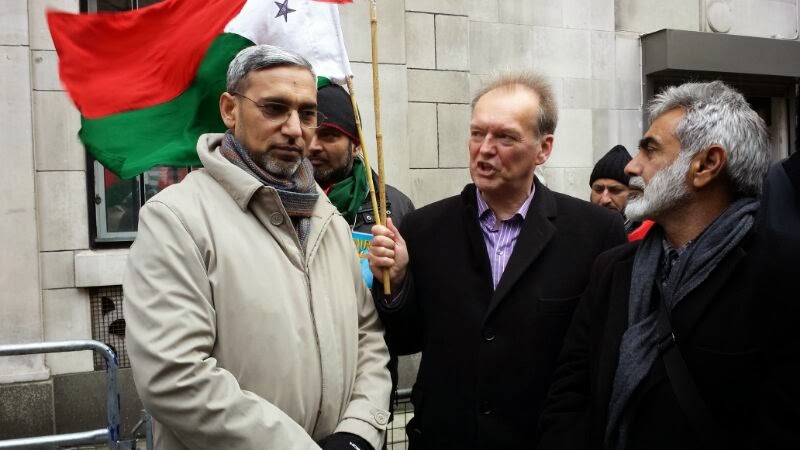 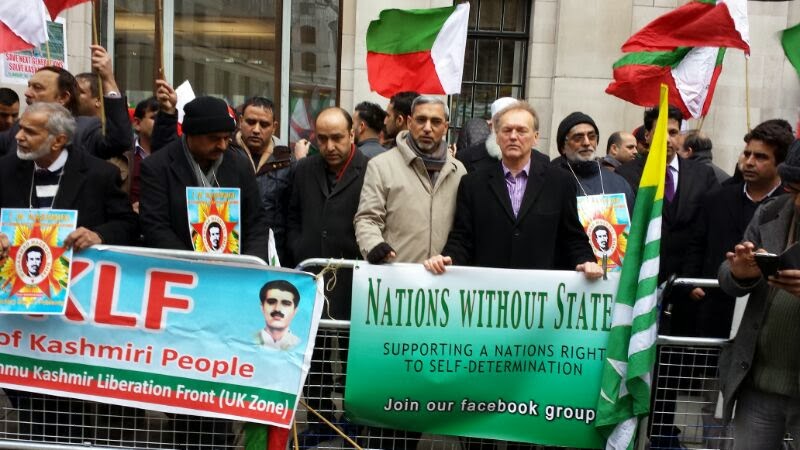 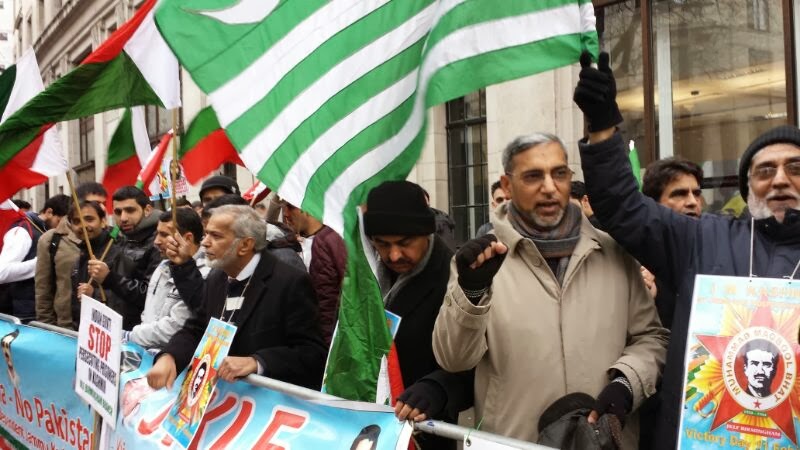 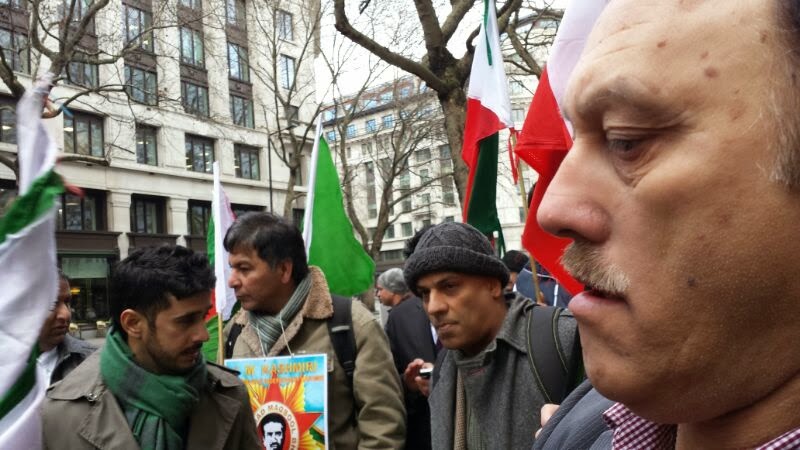 Martyr Mohammad Maqbool Butt is our national hero whosestruggle and sacrifices will be written in golden words. ….M Yasin Malik

Srinagar// 11-Feb-2014)) Father of Kashmiri nation MartyrMohammad Maqbool Butt is our national hero whose struggle and sacrifices willbe written in golden words. Maqbool’s passion, zeal, struggle and sacrifice forthe freedom of Jammu Kashmir is unparallel. This was stated by the chairmanJKLF Muhammad Yasin Malik in his message on the day of martyrdom (Youm IMaqbool) of legend Muhammad Maqbool Bhat.
Yasinsahib who is in police custody from 9th February 2014 said thattoday the great leader martyr is being remembered across the cease fire line inJammu Kashmir, in all major cities of Pakistan, Saudi Arabia, UAE, USA, UK, andEurope  and the rest of the world. Todaywe all Kashmiri’s thinking and acting above their political, religion, cast, creed,regional l and linguistic considerations are recalling the legend of this greatsoul who laid down his life for the freedom of our land and has become aninspiration for all of us. Yasin sahib congratulated the nation of JammuKashmir for this unified approach and oneness.
MeanwhileFahter of Kashmiri nation martyr Muhammad Maqbool butt was remembered acrossthe globe on his martyrdom anniversary today. Programs were held in USA, UK, UAE,Saudi Arabia, Canada, Germany and other parts of Europe. In Islamabad Pakistana protest rally was held outside the United Nations office and press club inwhich demand for the return of mortal remains of Maqbool butt was reiterated.The sit in was led by front leaders M. Rafiq Dar, ,M Salim Bhat, Raja GhulamMujtaba,M Rashid Mirza, Manzoor Ahmad Khan,Mazhar Kazmi,Qari Sami ud din, NomanKkashmiri, etc. besides these Syed Yousuf Naseen of APHC  also addressed people. A memorandum waspresented to United Nations on the occasion.  In London also JKLF leaders, workers and Kashmirisliving in London in large numbers participated in a protest outside the Indianhigh commission. Displaying placards and photographs of Martyr Maqbool butt,the participants demanded for the return of mortal remains of Maqbool sahib andAfzal sahib. A memorandum was also handed over to the high commission on theoccasion.
Various programs,protests, rallies and sit in were held in both parts of Jammu Kashmir manyprograms were held in this connection. Besides Muzafar Abad, Mir Pur, Kotli andother places of Azad Kashmir, a public program was held at Trehgam Kupwara (thebirth place of Shaheed Maqbool). Presided over by JKLF senior leader Master MuhammadAfzal, the program was attended by local traders, students, elders and peoplefrom all walks of life in big numbers. Master Mohammad Afzal and others addressedpeople on the occasion and paid rich tributes to the great leader.  Maqbool sahib’s nephew and niece recited poemsabout the great Shaheed.
AtSrinagar a protest march led by JKLF zonal organizer Bashir Ahmad Kashmiristarted from Maisuma despite a strict curfew. As soon as the participants ofthe rally started their march towards Lal Chowk, police and other forces inlarge numbers cordoned them from all sides .Bashir Kashmiri along with Ghulam RasoolHazari, Mohammed Haneef, Muhammad Afzal Sheikh, Imtiyaz Ahmad and Shahid Makayawere arrested on the occasion.
Similarkind of protest and public meetings are being reported from many more countriesof the world. It may be recalled that on 16th and 26thFebruary 2014 public rallies will be held in Belgium and Nottingham UK inconnection with the Maqbool day. These programs will be organized by JKLF UKand Europe zone.
It is worth to mention here that Yasin Malikwas arrested on 9th February 2014 while leading a protest marchtowards Lal Chowk others who are still in police custody along with Yasin Malikare advocate Bashir Ahmad Bhat, Noor Mohammad Kalwal, Showkat Ahmad Bakhshi, MushtaqAjmal, Sheikh Khalid, Ashraf bin Salam, Ghulam Mohammad Dar, Dist. presidents BashirAhmad Boya, Abdul Sattar, Activists Giyas ud Din, Abdul Aziz, Fayaz Lone and ImtiyazBhat etc.
Ends 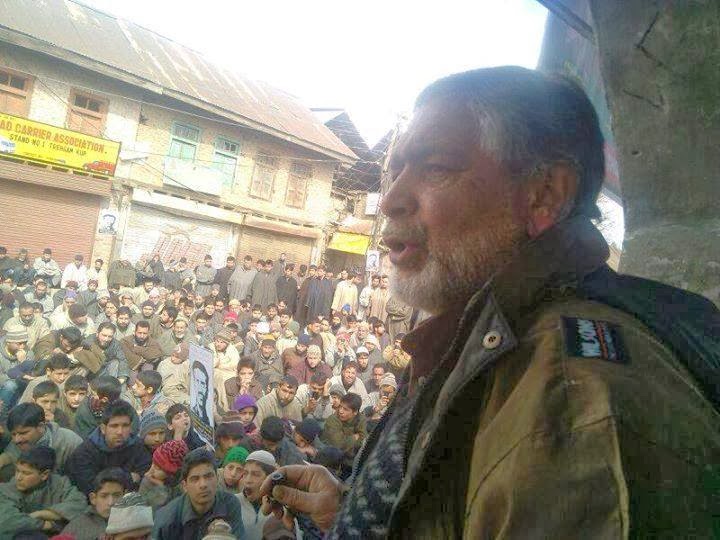 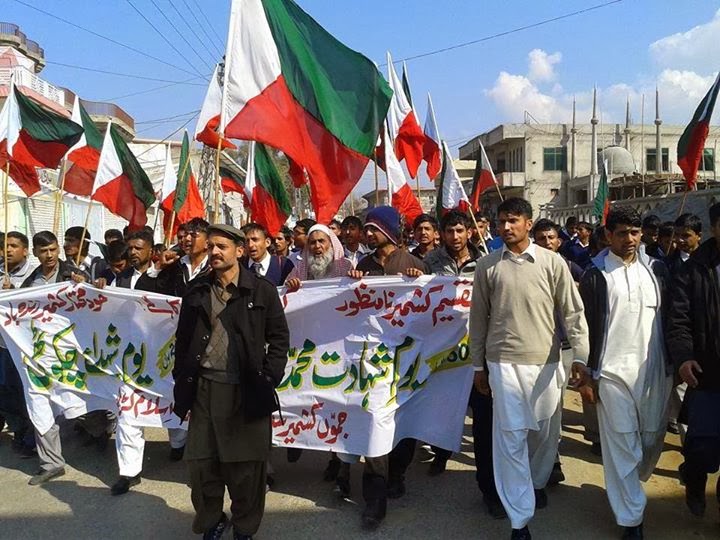 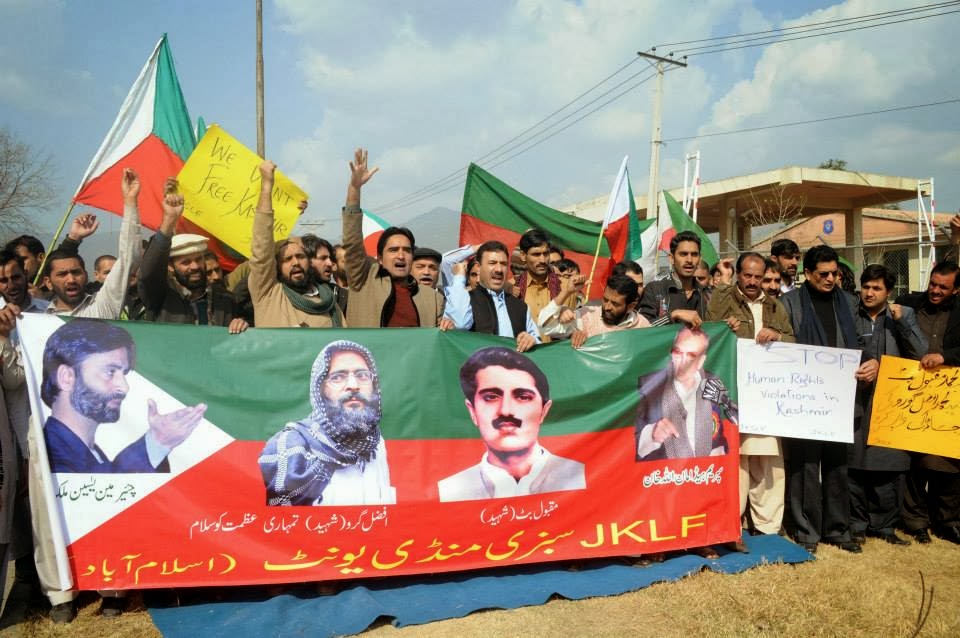 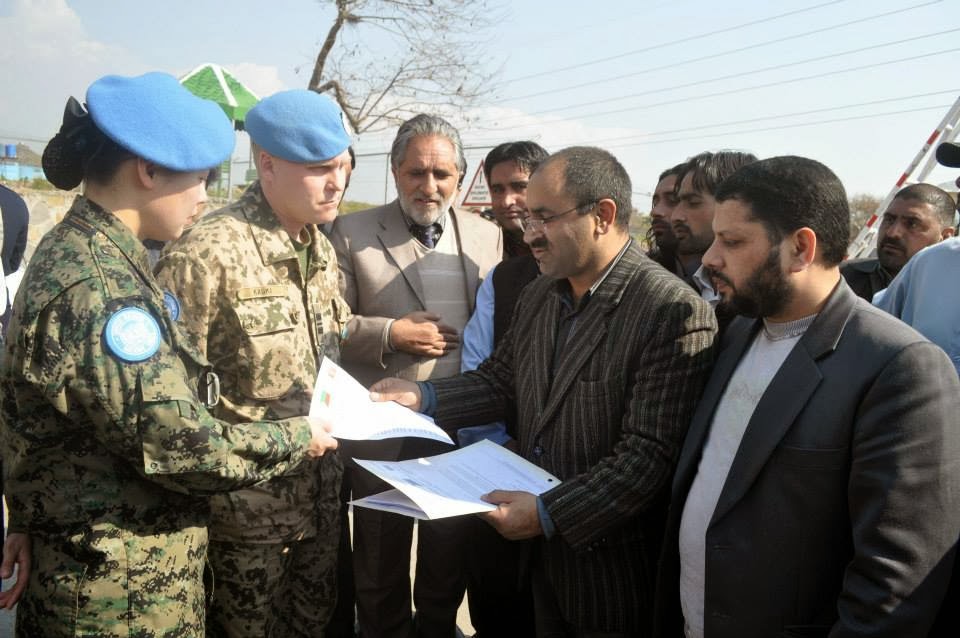 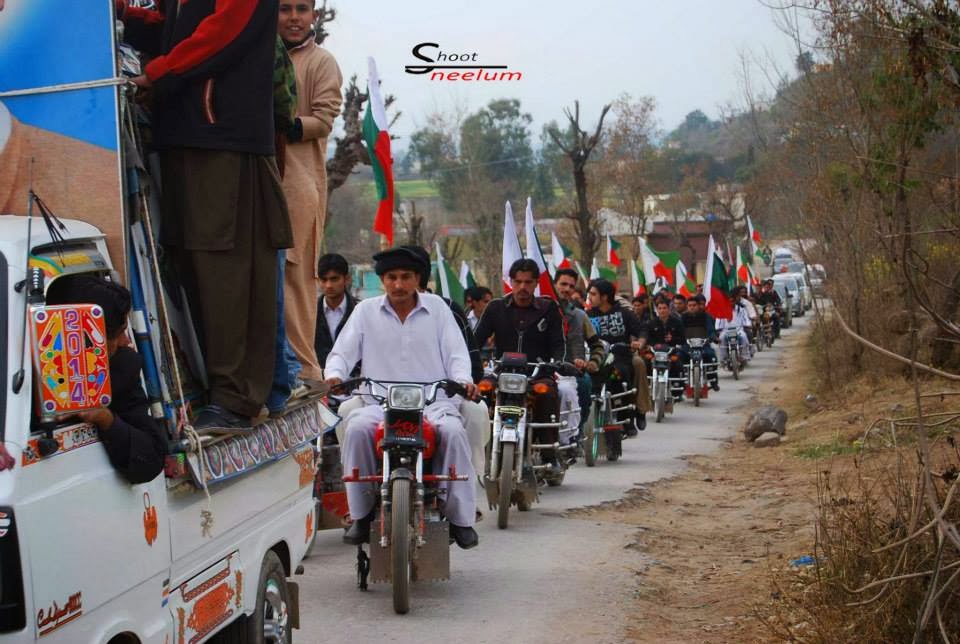 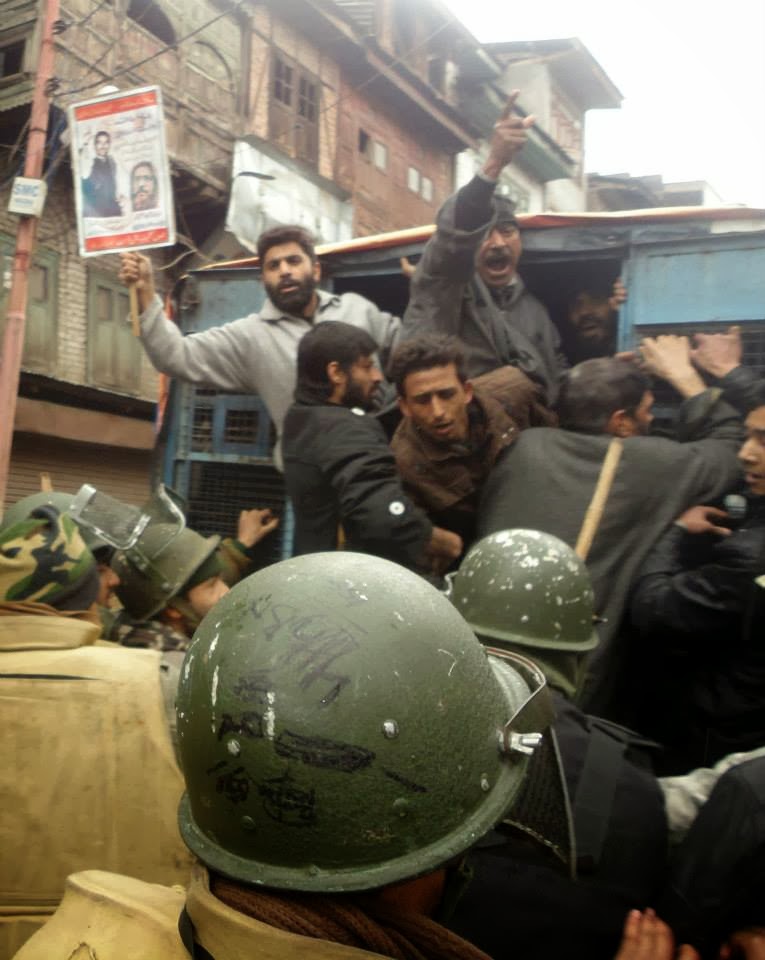 Joint Letter from All Party Parliamentary Group on Kashmir

Joint Letter from All Party Parliamentary Group on Kashmir
Agreed at a meeting of the group on 31 October, 2012

To His Excellency,
Parnab Mukharjee
President of Republic of India,
New Delhi, India

We the undersigned members of parliament would like to appeal to your office to order the mortal remains
of Kashmiri leader, Maqool Butt, who was executed in Tihar jail, on 11th February, 1984 and buried within
the jail premises, to be handed back to his family in Kashmir or to his children living in Pakistan.
We make this appeal on humanitarian grounds as Maqbool Butt’s family members were not allowed to see
him at the time of his execution and have waited long enough to receive his dead body for a decent burial in
Kashmir. 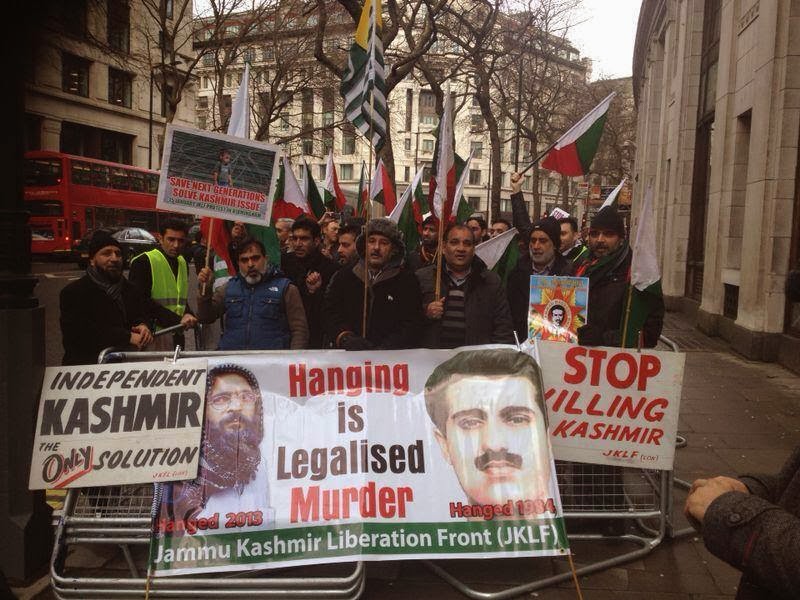