JKLF Chairman Yasin Malik leading a protest rally and a torch lit rally in Down Town, Srinagar against Separate Settlements for KP's in Kashmir. 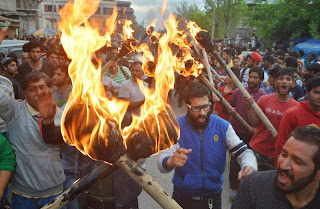 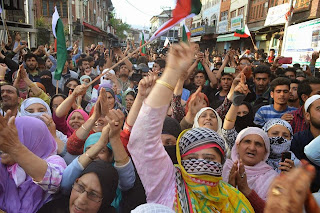 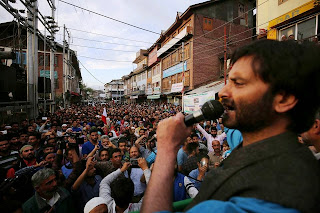 Srinagar // Separate colonies in the name of Pandits will create hatred and widen gap between various communities living in Jammu Kashmir. Providing state subject certificates in schools a ploy to change demography of J&K. So called rulers should remember that their conspiracies to implement RSS agenda in Kashmir will meet a tough resistance from Kashmiris. This was stated by the chairman JKLF Muhammad Yasin Malik while speaking to thousands of people at Khankah I Moa’ala today. The protest sit-in and procession was organized by JKLF against the conspiracies to construct Israeli type settlements in the name of displaced Kashmiri Pandits, changing the laws and procedures for obtaining state subject certificate in a pursuit to change demography of Jammu Kashmir and also against state oppression against non-violent political struggle especially suppression against Sher I Khaas youth. Addressing a mammoth gathering today, Yasin Malik said that Pandits are part and parcel of Kashmir and no Kashmiri is against their return but construction of Israeli type settlements and colonies in their name is not acceptable to us as this will only create hatred and widen gap between various communities living in Kashmir. Yasin Malik said that pundits, Hindus, Sikhs and Christians along with Muslims living in Kashmir have unanimously rejected this RSS agenda and through today’s peaceful protest we want to convey to Indian and the rest of world that Kashmiris belonging to different religions and sects have decided to live together and die together and we will not let these walls of hatred to divide us in the name of religion and harm our historical communal harmony.  Condemning the recent program of changing state subject law and providing permanent resident ship certificates in schools, Yasin Malik said that this is yet another RSS plan being implemented by PDP rulers. He said that this is actually being done to facilitate West Pakistan refugees and include them as sate subjects through backdoor and thus change the demography of Jammu Kashmir. Yasin Malik warned so called rulers that if this is not halted immediately Kashmiris will be forced to go for a rigorous agitation. He said that for us state subject law is actually an issue of life and death for us and Kashmiris will tolerate anything but not any change in this.

JKLF Chairman Yasin Malik and Chairmen of two factions of APHC Syed Ali Shah Gilani and Mirwaiz Umar Farooq, all together at Narabal, Budgam protesting the killing of an innocent youth by Indian forces on 18th April, 2015. 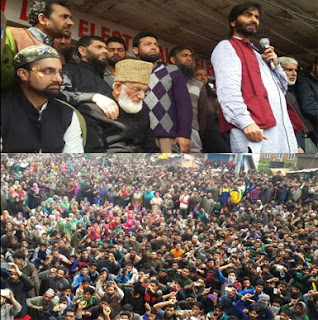 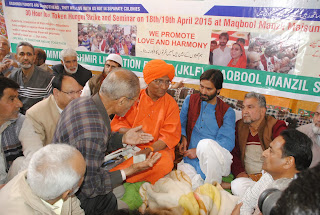 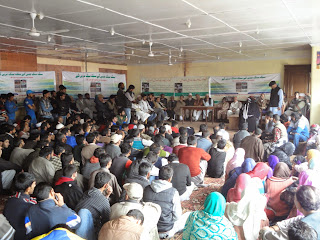