Mr. Amanullah Khan the Patron-in-chief of Jammu Kashmir Liberation Front (JKLF) has made it clear to the governments of India and Pakistan that durable peace can never be established in the Indo-Pak Sub-Continent unless Kashmir issue is solved equitability and that kashmiries will never accept any solution unless it is based on their inherent, pledged and internationally recognized right of self determination. Mr. Khan was commenting on foreign secretaries and foreign minister level of meetings of and to be held in February and March 2011 respectively.
Following partial recovery from his recent illness caused by physical paralysis, the ideological chief of JKLF appealed to governments of and and their well wishers not to ignore the basic facts about issue particularly the importance of their right of self determination. “All that needs to be done in this respect by and is sincerity of purpose, of determination and of fair play” Mr. Khan said.
Mr. Khan who is also the convener of the All Parties Committee for the Right of Self-determination comprising 15 political parties of Azad Kashmir and Gilgit Baltistan, said that there were no differences of opinion among Kashmiri political parties about the fact that self determination was their basic and undeniable right which was being denied to them.
Once Kashmiries achieved that right, only then can they try to win the freedom of their choice and the party enjoying the support of majority of people would win and the rest of the parties should and would accept that popular verdict about their national future”. He said.
Mr. Khan appealed to people of entire Jammu Kashmir state in general and to patriotic one in particular to put a joint and united struggle for their national emancipation.
Secretary Information
JKLF

Unity among Kashmiris must for the resolution of Kashmir Issue: Prof. Zafar Khan 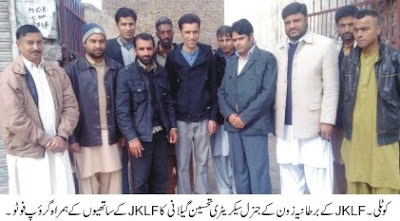 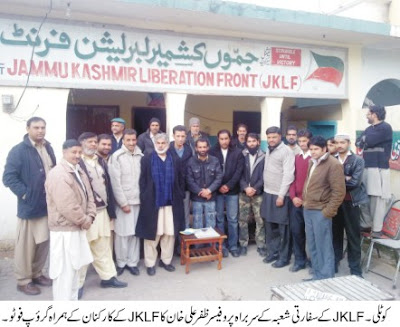 Kashmiri people should remain cautious against the designs of "Puppets" : JKLF (UK) 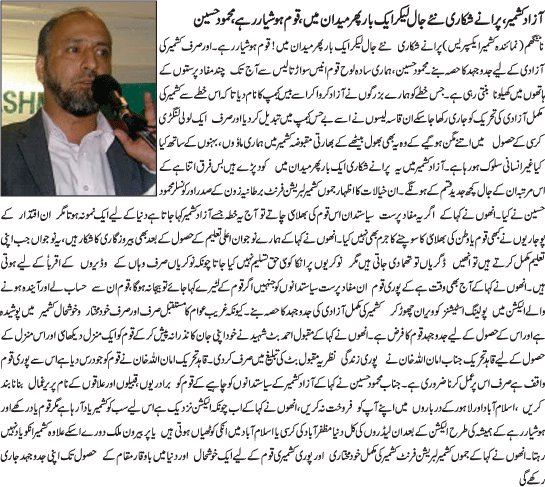 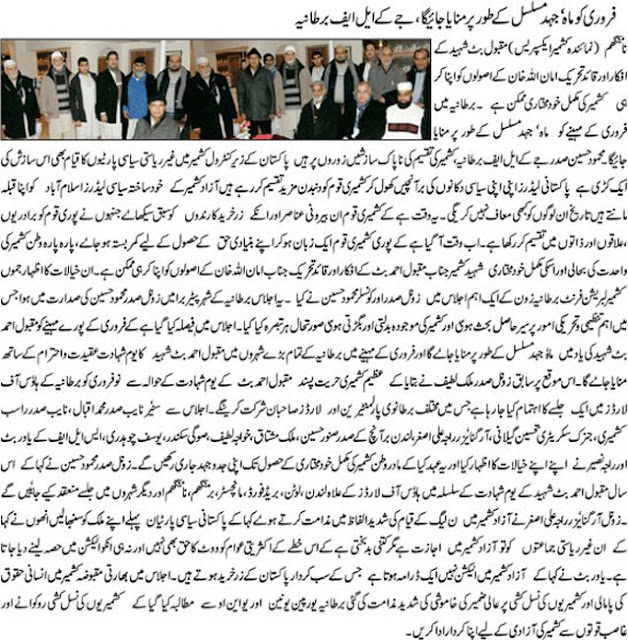