Jammu Kashmir Liberation Front -JKLF- today protested against the visit of Pakistan Premier Syed Yousaf Raza Gilani. Protestorss included prominent figures of JKLF and its student wing appeared in Rawalakot and shouted slogans like "Go Back Go Back Yousaf Gilani Go Back" Go Back Go Back Manmohan Go Back". The protest was later addressed by Dr Toqeer Gilani.

Appointment of Qurban Hussain as Peer a good Omen for Kashmiris: JKLF

( ) British Zone of Jammu Kashmir Liberation Front -JKLF- has welcomed the statement made by Iran's Supreme leader Ayatollah Ali Khamenei on the rights of Kashmiri nation.
In a letter to the ’s diplomatic mission based in , President of JKLF in UK Cllr Mahmood Hussain has urged other nations to come out of their closets and take a stand towards the rights of Kashmiri people as recognised by the United Nations through various resolutions. It is their legal and moral obligation to take bold steps for the rights of oppressed nations. The people of must be allowed to determine their future according to their wishes and aspirations.
While applauding the statement, the letter said that has forcibly occupied the state and has over 70,000 armed troops stationed there who are committing and are actively engaged in massive gross human rights violations. The letter urged the Iranian Government to use its good offices to highlight genuine aspirations of Kashmiri people and human rights abuses on International forums.
The letter further said that in order for peace and prosperity in this region, immediate initiatives must be taken to pave way for a long lasting solution.
Secretary Information, JKLF ( Branch)

JKLF in Britain concerned about illegal detention of Zahoor Butt 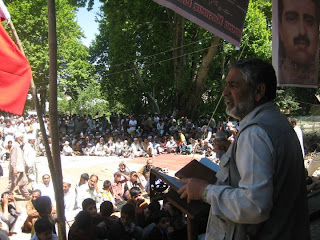 : :  Jammu Kashmir Liberation Front-JKLF- in a statement issued by Senior Vice Chairman S M Afzal from , has strongly condemned the arrest by Indian occupation forces, of senior JKLF leader Zahoor Ahmed Butt in Indian Held Kashmir.
Addressing Eid congregation prayers in historical Jamia Mosque Trehgam, S M Afzal has strongly condemned this cowardly act by the Indian authorities and called on them to release Zahoor Butt without delay and not to infringe his civil and political liberties as a citizen of the state.
S M Afzal said the JKLF Diplomatic wing based in have already started to make representations to various human rights bodies and other public figures for his immediate release.
Earlier on Monday 15 November, Zahoor Butt, the youngest brother of martyred JKLF leader Maqbool Butt, was on his way to Trehgam for Eid when personnel of the Special Operations Group appeared near Drugmulla and pounced upon him and bundled him into a Gypsy
Andleeb Kashmiri,
Secretary Information,
JKLF ()

The disputed territory cannot begin to resolve its problems while it is being crushed on either side by India and Pakistan
BY: Rohini Hensman 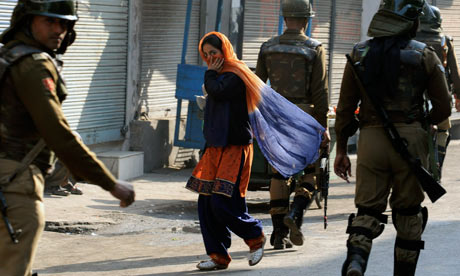 The recent violence in Kashmir on the Indian side of the border, in which more than 100 people were killed by security forces confronting stone-pelters, was the background for a meeting in Delhi in October entitled Azadi (Freedom) – The Only Way, which set off a series of heated debates. At the same time, the government appointed three "interlocutors", unaffiliated to any political party, to meet different sections of the public in Jammu and Kashmir and find out what they wanted.
Indian ultra-nationalists – most vociferously represented by Hindu nationalist organisations but present even among sections who claim to be more liberal – are undoubtedly a major part of the problem in Kashmir. Their dogmatic assertion that Kashmir is an integral part of India – as though India's national boundaries are god-given and any questioning of them is blasphemy – goes with a justification of the atrocities committed against Kashmiris by the Indian security forces. The allegation of sedition against Arundhati Roy for questioning this dogma, and their hysterical outburst against the government-appointed interlocutors for suggesting that any solution to the problem requires the involvement of the government of Pakistan, make it clear that they themselves have no solution to offer short of war between two nuclear-armed countries.
Pretending that Kashmir is not disputed territory must appear to most observers as a typical instance of burying one's head in the sand to avoid seeing what is obvious to everyone else: breathing fire and brimstone at anyone who acknowledges the reality is obviously a non-starter so far as resolving the problem is concerned. But more disturbingly, advocating coercion to stamp out protest in Kashmir and a clampdown on freedom of expression to prevent discussion of the issue constitutes an assault on democracy. To destroy India's integrity as a democracy in order to preserve its territorial integrity is, hopefully, not a "solution" that most people would find morally or politically acceptable.
Then, is azadi the only way? That does not necessarily follow. Indeed, even the meaning of azadi is far from clear. For the hardline Islamist Syed Ali Shah Geelani, it means that Kashmir would be an Islamic state and would be part of Pakistan. For many others – probably the majority – it means that Kashmir would be independent of both India and Pakistan, and for some of these that it would be a secular state. The only point of agreement among all these sections seems to be that Kashmir would be free of Indian rule, and would encompass all the territory of Jammu and Kashmir on both sides of the border.
However, there is a sizeable minority in Jammu and Kashmir (Hindus, Dalits, Sikhs, Buddhists, Christians, many Shia Muslims and non-Kashmiri Pahari Muslims, as well as a small number of Kashmiri Muslims) who would prefer to remain with India, especially if Kashmir becomes an Islamic state. So this "solution" suffers from the very same moral weakness (ie, the use of coercion to force unwilling individuals to be part of the nation) as the Indian state's attitude to Kashmir. And it is, if anything, politically more reactionary, since India is at least constitutionally secular and democratic, whereas this vision of azadi is neither; indeed, it has a striking resemblance to the majoritarian Hindu nationalist project for India.
Looking across the border at the Pakistani part of Kashmir, the picture becomes even more complicated. There, too, there is a conflict between the struggle for independence from Pakistan and the efforts of elements in the Pakistani state to outlaw political parties who stand for independence and use Kashmiris in their own conflict with India. To complete the picture, even the Jammu Kashmir Liberation Front, which stands for Kashmir's independence from both India and Pakistan, is split into factions. So there is absolutely no agreement on who genuinely represents azadi, or even what it means.
Kashmiris on both sides of the border need the space and opportunity to debate their own future without being stifled or crushed by the two powerful states laying claim to the territory in which they live. On the Indian side, draconian legislation such as the Armed Forces (Special Powers) Act; Jammu and Kashmir Public Safety Act; and Disturbed Areas Act; which extend immunity to the security forces for human rights violations, have predictably resulted in horrific crimes against civilians. Unless they are repealed and the security forces made accountable and punished for such crimes, the conflict will continue. Elements in the Pakistani state who attempt to use Kashmiris for their own ends are equally culpable of escalating the violence and denying Kashmiris their democratic rights. They too need to be made accountable and punished for their crimes.
These measures will not solve the problem of Kashmir, but they will at least help to create the conditions in which it can be solved.
Source: The Guardian (UK) http://www.guardian.co.uk/commentisfree/2010/nov/18/kashmir-needs-space-to-debate-future 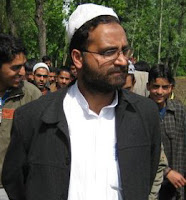 Kupwara, Nov 16: Tension gripped north Kashmir’s Trehgam town on Monday after police arrested Zahoor Ahmad Bhat, the younger brother of founder of JKLF Shaheed Muhammad Maqbool Bhat.
His family said that Zahoor had returned from Pakistan administered Kashmir after 21 years and was previously arrested on February 12, 2009 after he addressed a public meeting at Trehgam on February 11.

They said that Zahoor was lodged at Kote Balwal jail for 18 months and was shifted to Kupwara and later released when High Court quashed his PSA.

Witnesses said personnel of the Special Operations Group appeared near Drugmulla and pounced upon him and bundled him into a Gypsy when he was on way to his home from Srinagar.
Sources said district magistrate Kupwara had issued an order in which Zahoor was booked under PSA but it could not be executed since he was evading arrest for last two months.

JKLF concerned over emergence of outlawed Groups in POK

JKLF has strongly condemned the activities and re-grouping of outlawed terrorist groups in Pakistan Administered Kashmir. Most of these groups are banned in and yet are free to operate in Pakistan Administered Kashmir creating uncertainty among the local Kashmiri community. JKLF has termed it against the indigenous freedom movement of Kashmiri people and has vowed to resist any such attempt. 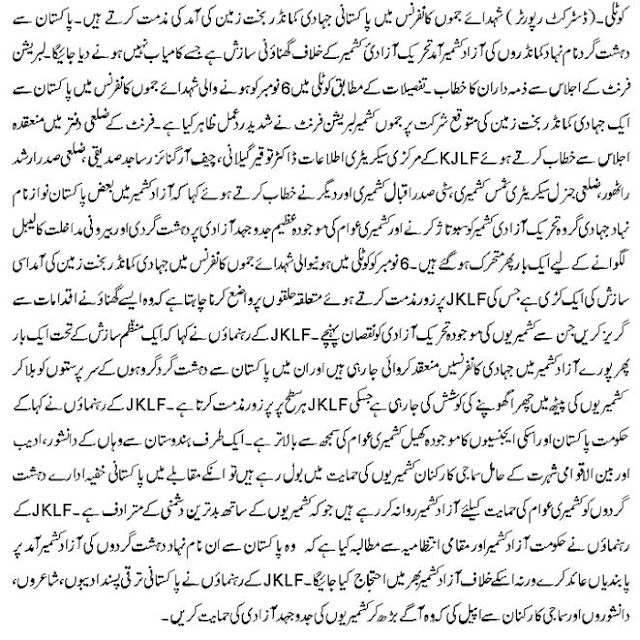