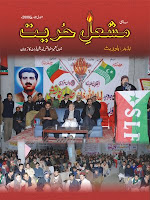 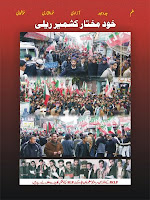 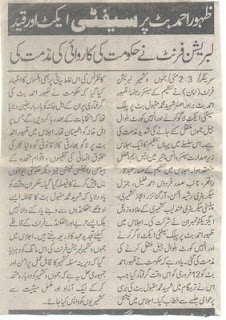 : The Jammu Kashmir Liberation Front (JKLF) on Saturday expressed serious concern over the slapping of PSA on its senior leader, Zahoor Ahmad Bhat and his shifting to Kot Bilwal Jail, .


“Zahoor, younger brother of Shaheed Muhammad Maqbool Bhat, who returned from Pakistan-administered-Kashmir after 19 years, was arrested on February 12, after he addressed a public meeting at Trehgam in north on February 11,” said a spokesman of JKLF in a statement.

In a statement JKLF Senior Vice chairman S M Afzal said that sacrifices rendered by Shabir Ahmed Shah are enormous and he has stood firm to his commitments despite all odds. He further said that this illegal imprisonment was not new to him and such kind of tactics by Indian government can not demoralize the Kashmiri people.

JKLF diplomatic committee in London has also welcomed the release of Shabir Shah. Head of diplomatic committee Prof. Zafar Khan has reiterated that no peace was possible in South Asia without resolving the Kashmir dispute in accordance with Kashmiris’ aspirations. He maintained that the people of Kashmir were determined to continue their struggle despite Indian colonial attitude towards the Kashmir issue. He called on the Indian government to release all political prisoners in Kashmir and start a meaningful dialogue for the resolution of Kashmir issue. 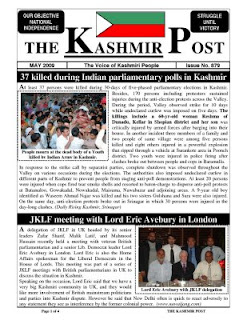 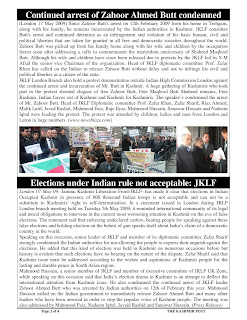 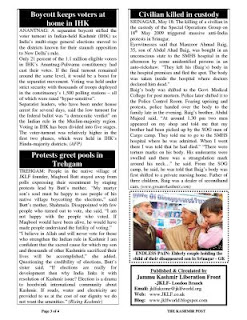 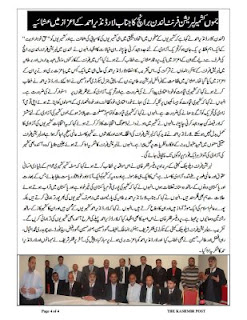